The Cat Who Adopted Us

Just over a week ago, while crossing my lawn, I heard a loud, desperate meow. Looking around, I saw a skinny, tiger-striped cat running toward me as if I was the love of his life. 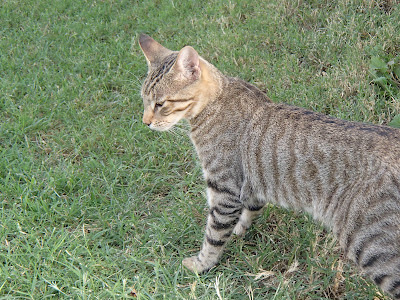 With all the dogs running rampant in our neighborhood, stray cats are rare. This one was so friendly, I had to believe that someone had just dumped him. Which made me feel really bad for him. But we already had a cat. We didn't need another one. So I petted him and Brown-Eyed Boy pulled his tail, and we left him outside.

I figured he would wander off by the end of the day. But he didn't. He sat outside our door, meowing pitifully every time he saw us walk by. Between that and darting inside the house every time I opened the door, I was not very fond of Kitty by the end of the first day.

When Mr. Brown Eyes came home from work, it took about five minutes of him listening to Kitty's mewling before he turned to me and said, "That cat has got to go." 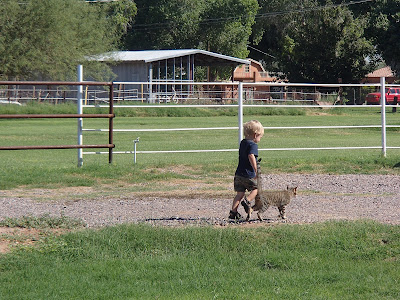 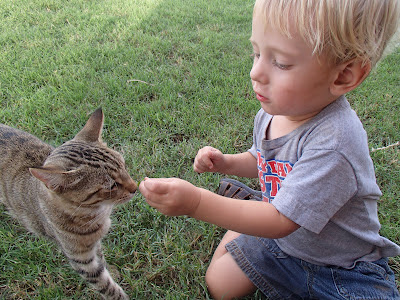 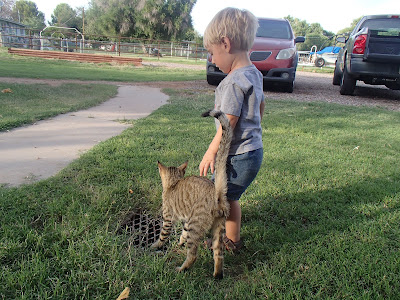 Mr. Brown Eyes shook his head. "We can't get rid of him now."

Nope. Whether we liked it or not, Kitty was now a part of the family. 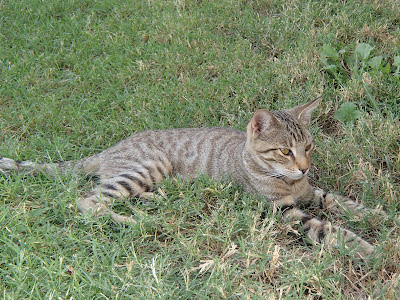 Welcome to the family,
The Brown-Eyed Girl
Posted by Rachel K at 3:04 PM

Aw! Bebot is a pretty kitty! So, are you feeding him now?