Brown-Eyed Boy wandered into the kitchen with a little brown bug on his finger.

We often find strange bugs in our house, so I thought nothing of it. "Take it outside," was all I said.

"Take it outside," I ordered, and he grumbled but obeyed.

A few minutes later, Mr. Brown Eyes hollered my name in a worried tone of voice I don't often hear from him. He held Brown-Eyed Boys' beetle up on his finger, and then showed me a picture on his phone.

A picture of a bed bug.

My heart sank. My worst nightmare had come true.

We tore our house apart. Seriously, it was a disaster. Tools, toys, and cleaning supplies everywhere. Furniture upheaved and pushed aside. Clean laundry piled the dining room table and dirty laundry overflowed the laundry room.

But the next morning we still woke up with bites, so we did it all over again.

Something I didn't know about bed bugs until I watched Animal Planet's "Infested" (I love that show. Disgusting and yet so morbidly fascinating. I know, I'm weird), is that they don't just live in your bed. They can seriously hide anywhere. And you won't know they're there until they crawl out while you're deeply asleep and drink your blood.

Needless to say, I have been paranoid for the last week. We haven't gotten any new bites since that first night of cleaning, and we're staying on top of vacuuming and spraying. But I find myself going crazy, thinking of all the places they could still be lurking. Electrical outlets. Baseboards. Cracks in the walls of our log cabin. Mr. Brown Eyes told me they have even been known to crawl between the frame and glass of a picture frame.

He's so good at calming my fears.

In an effort to not lose my mind, I put together a list of things we could still be grateful for, even though there are blood-sucking parasites hiding in our house:

I overheard Brown-Eyed Boy talking to his cousin about the bed bugs the other day, and he called them "bad bugs."

I did not correct him.

Every time we go to Oregon, my awesomely talented sister-in-law gives me a haircut.
This year, since she knew Mr. Brown Eyes and I were going on a date that night, she wanted to do my makeup, too.
I think my beautiful sisters-in-law cringe at how low-maintenance I am.
I've just never been one of those girls who piles the makeup on. I never learned how, I don't like the way it feels, and I'm not really interested in forking out the money to buy it.
Although you can't really see it in these pictures, my makeup is piled on. 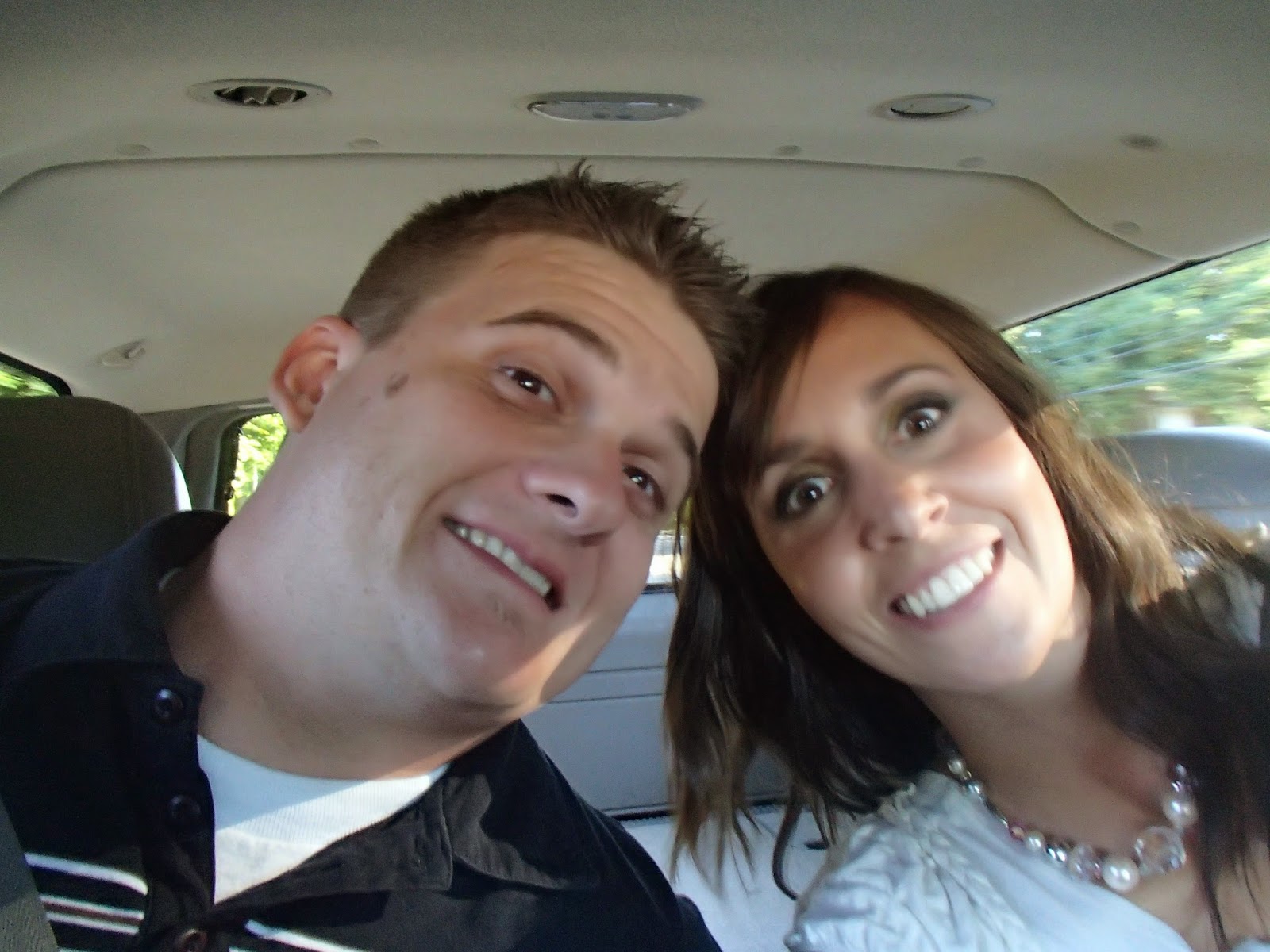 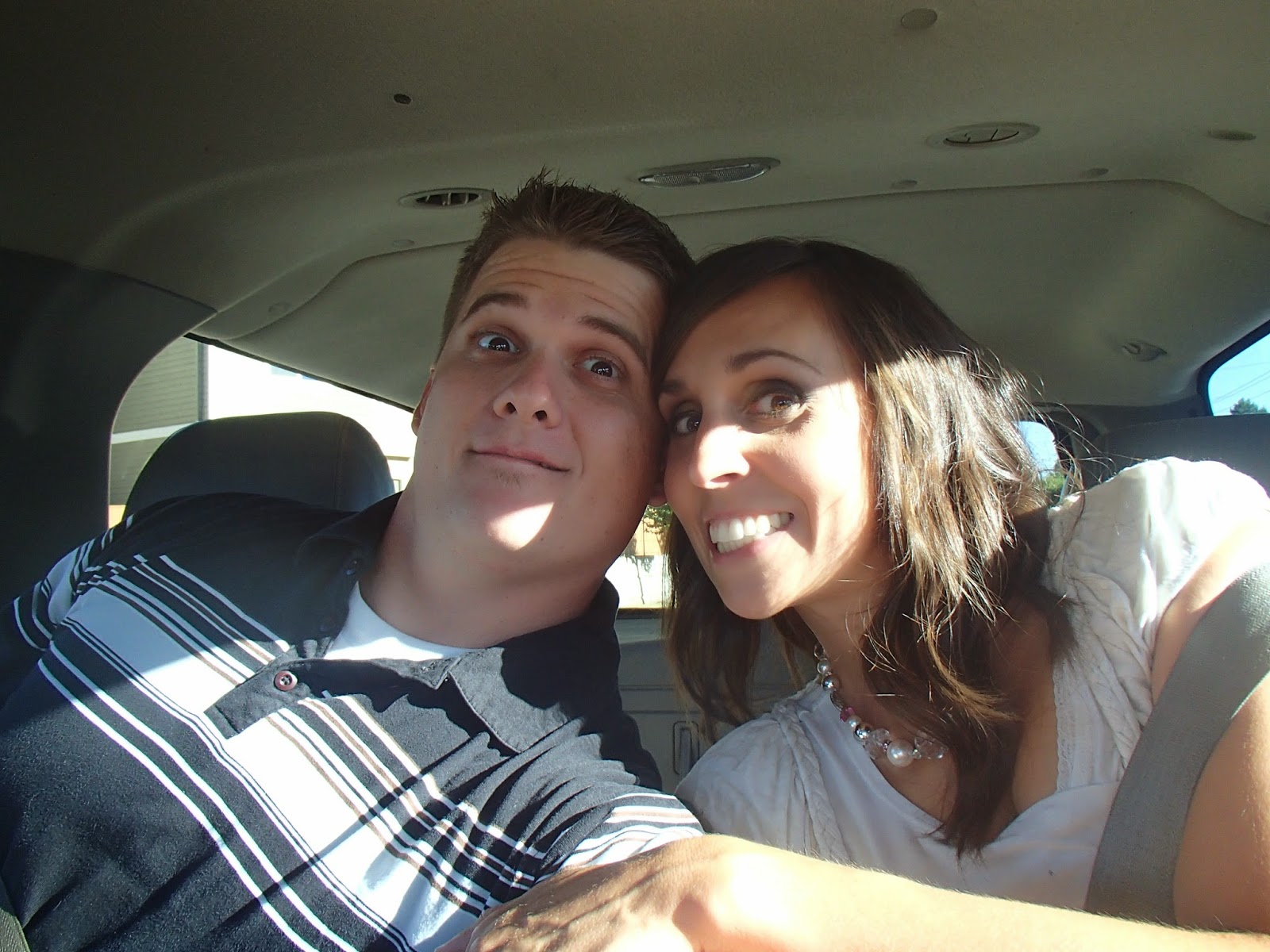 I look pretty from a distance. But up close, it's all fake.

My sister-in-law was hoping to knock Mr. Brown Eyes' socks off when he saw me. But what she doesn't know is that a few weeks before our wedding, when my friends were slathering my makeup on in practice for the big day, I went to Mr. Brown Eyes' house wearing an inch of foundation and heavy black mascara.

My future husband looked at me as if he didn't recognize me. "Is that how they're going to do your makeup for the wedding?"

I laughed. "No. They're just practicing."

Later that night he brought it up again. "Please don't let them put too much makeup on you, " he begged. "You're so pretty without it. You don't need it."

That's when I knew I was marrying the right man. 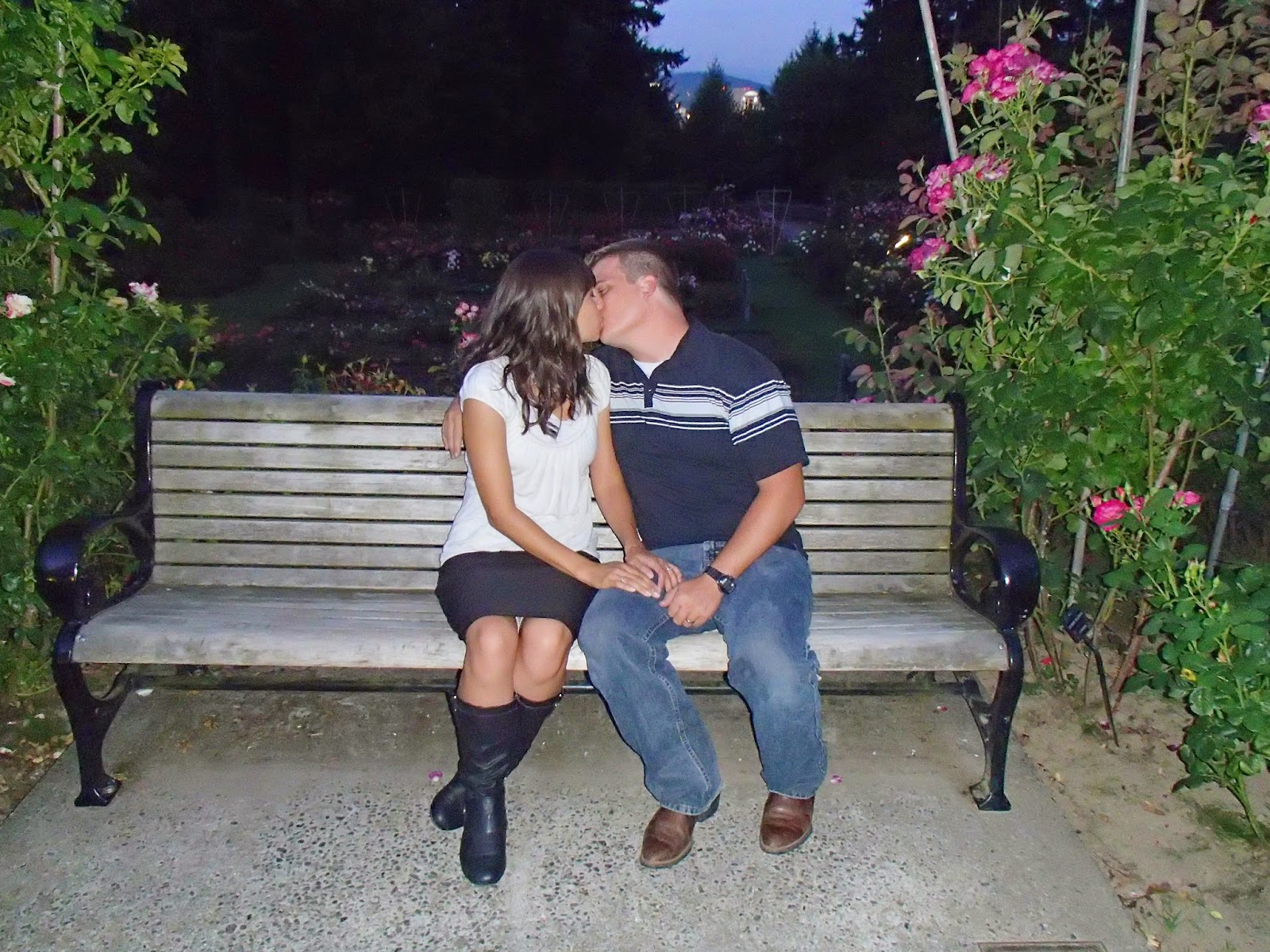 That, and he could finally kiss me without tasting concealer.

We just finished a two week vacation at one of my favorite places in the world. 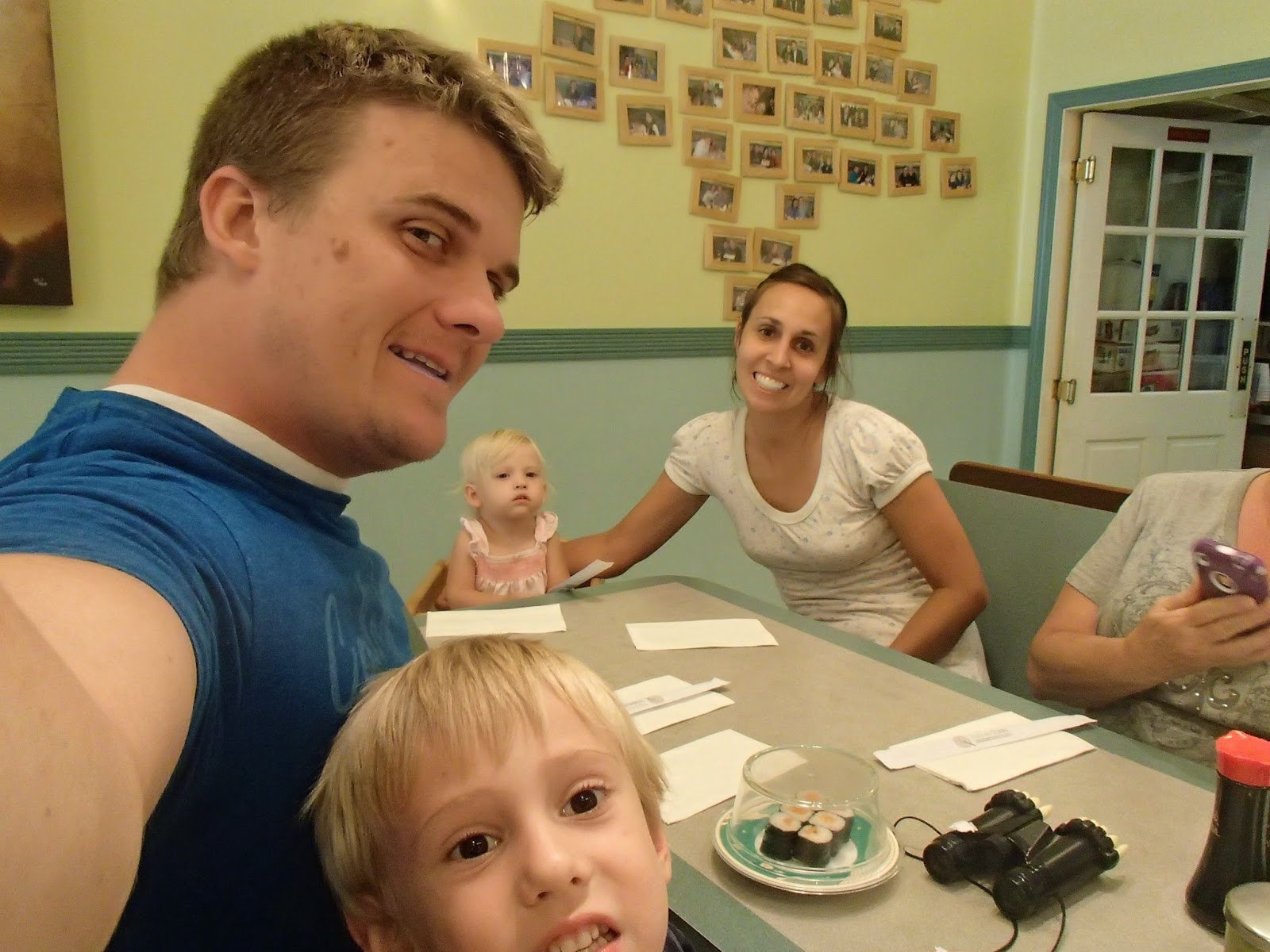 Meaning Oregon, not Sushi Town, though that is one of my favorite things about going to Oregon. 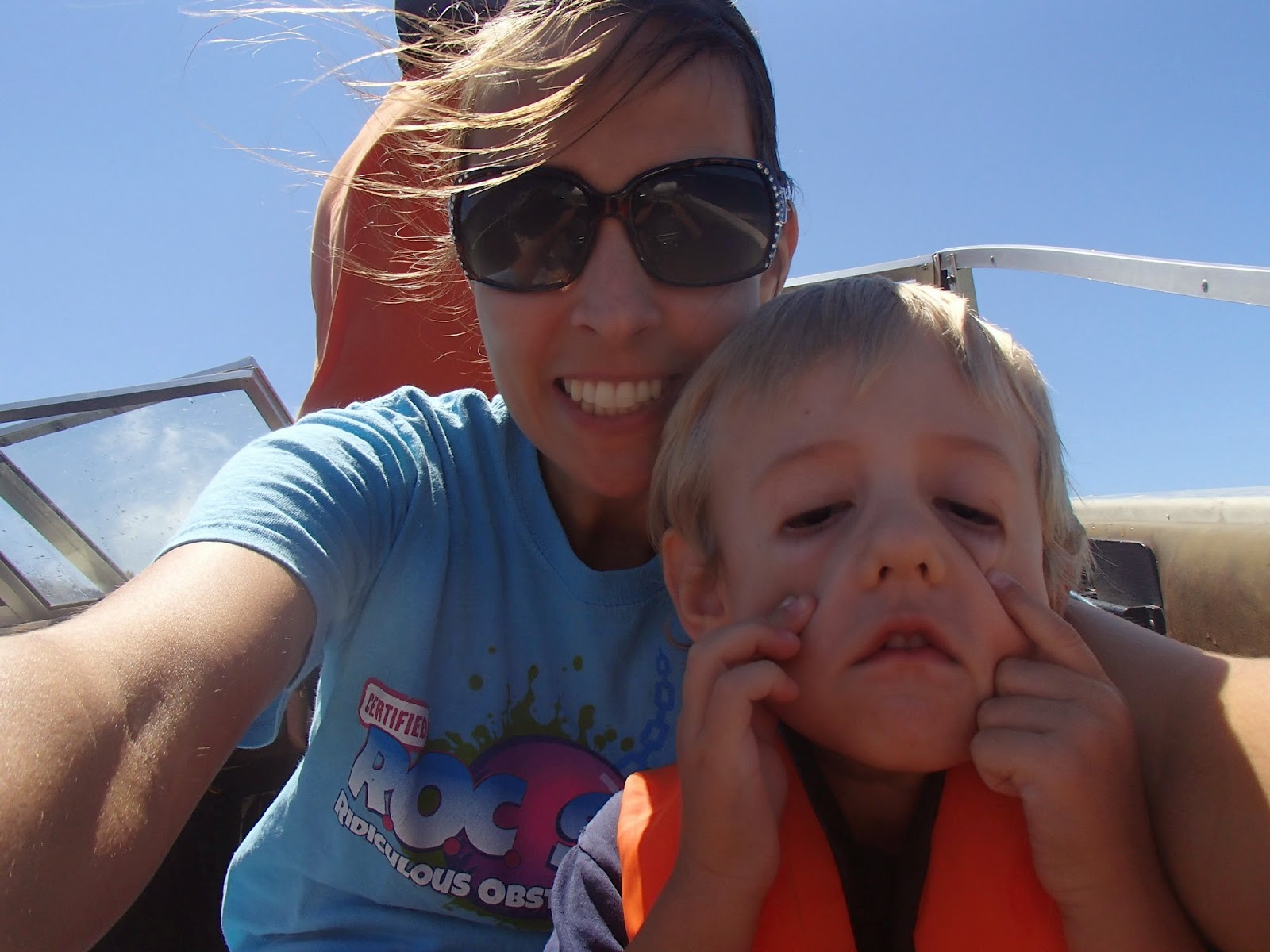 This year, Brown-Eyed Boy joined us on our crabbing trip. He loved it. 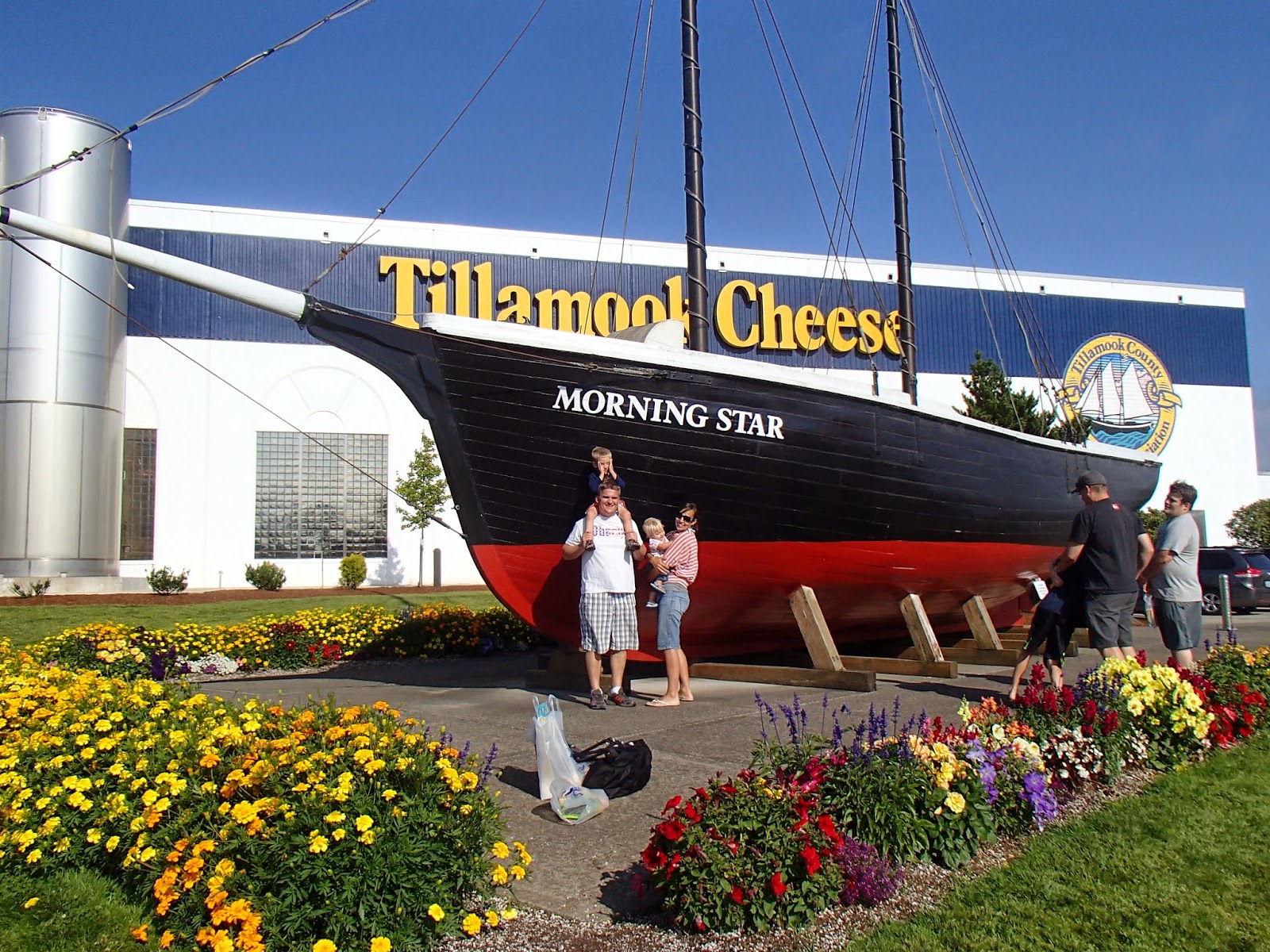 We ate cheese at Tillamook... 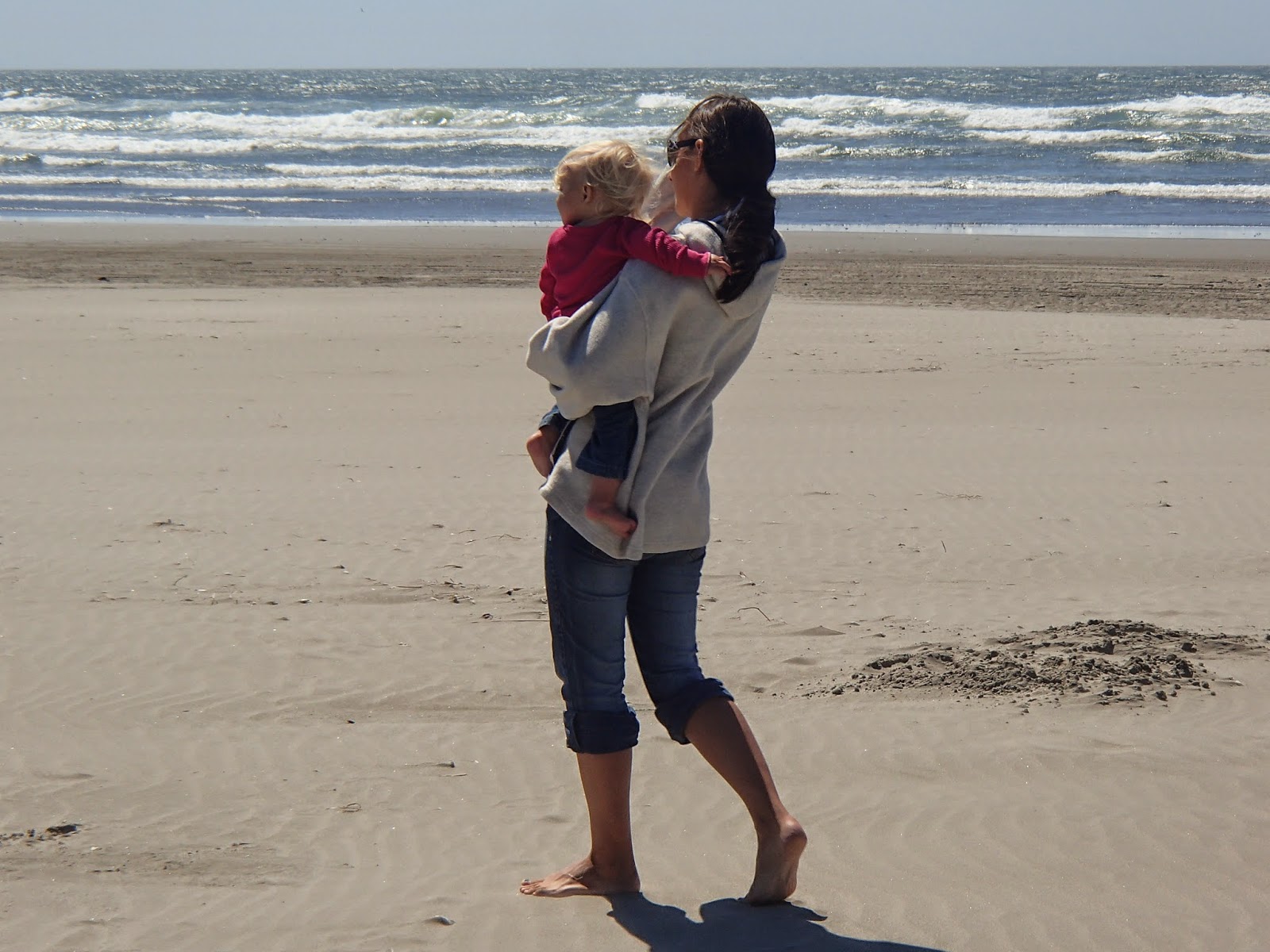 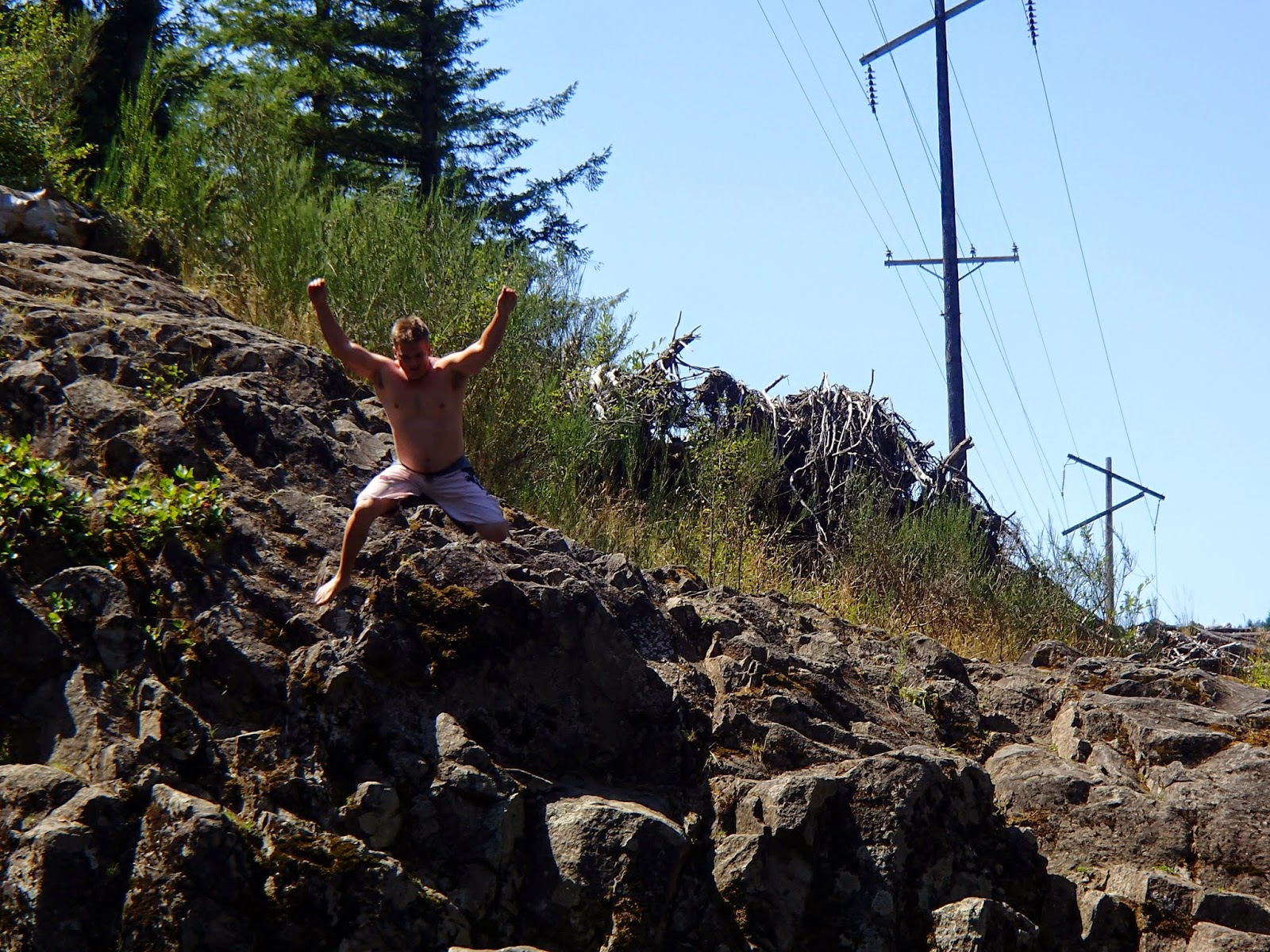 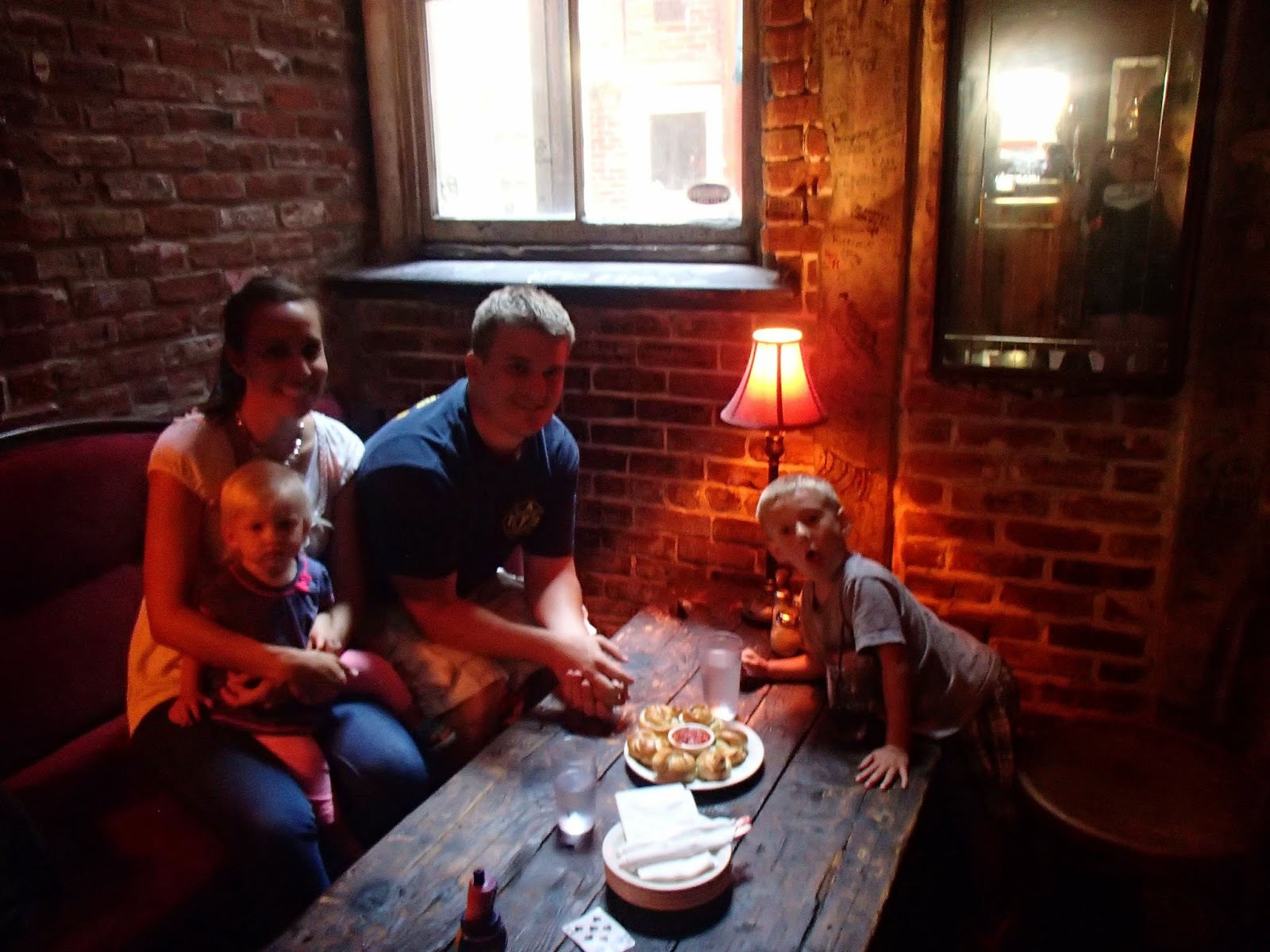 And ate lunch with ghosts.

This year was the first time we've ever driven to Oregon. Can I just say that sitting in the front seat during a twenty hour drive, mediating arguments between children, doling out snacks, and occasionally checking the map felt like a rite of passage? I feel like I can finally call myself an adult now. 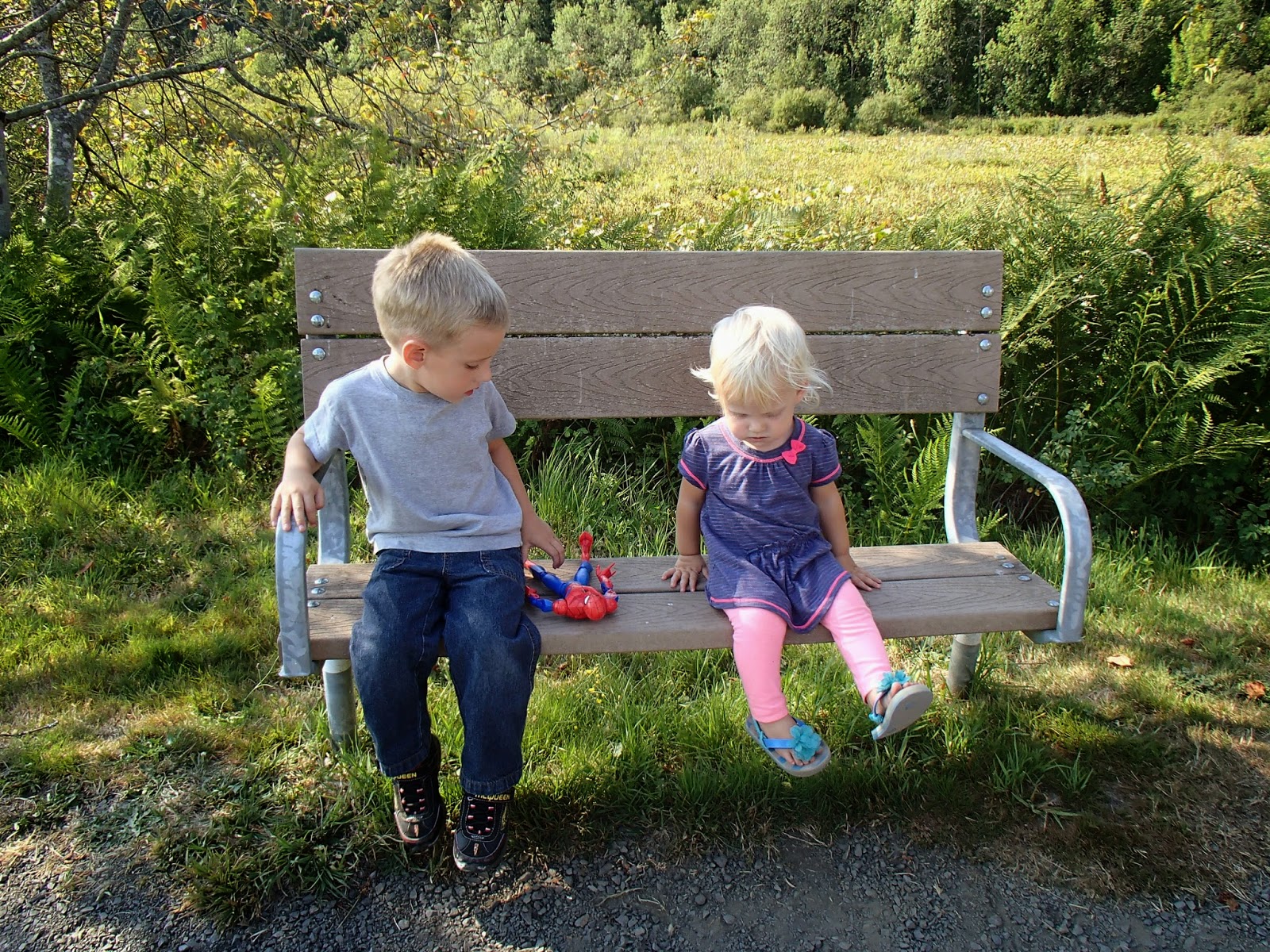 I have fond memories of road trips from my childhood. Long days stuck in the car with my siblings, listening to the radio and telling stories, eating fast food and drinking soda, playing with my favorite cousins, and seeing new places. I want my children to have the same experiences.
Except they'll never know what's it like to drive without watching movies or playing games on the tablet for hours.
They have it rough, I tell you.
﻿
﻿
﻿ 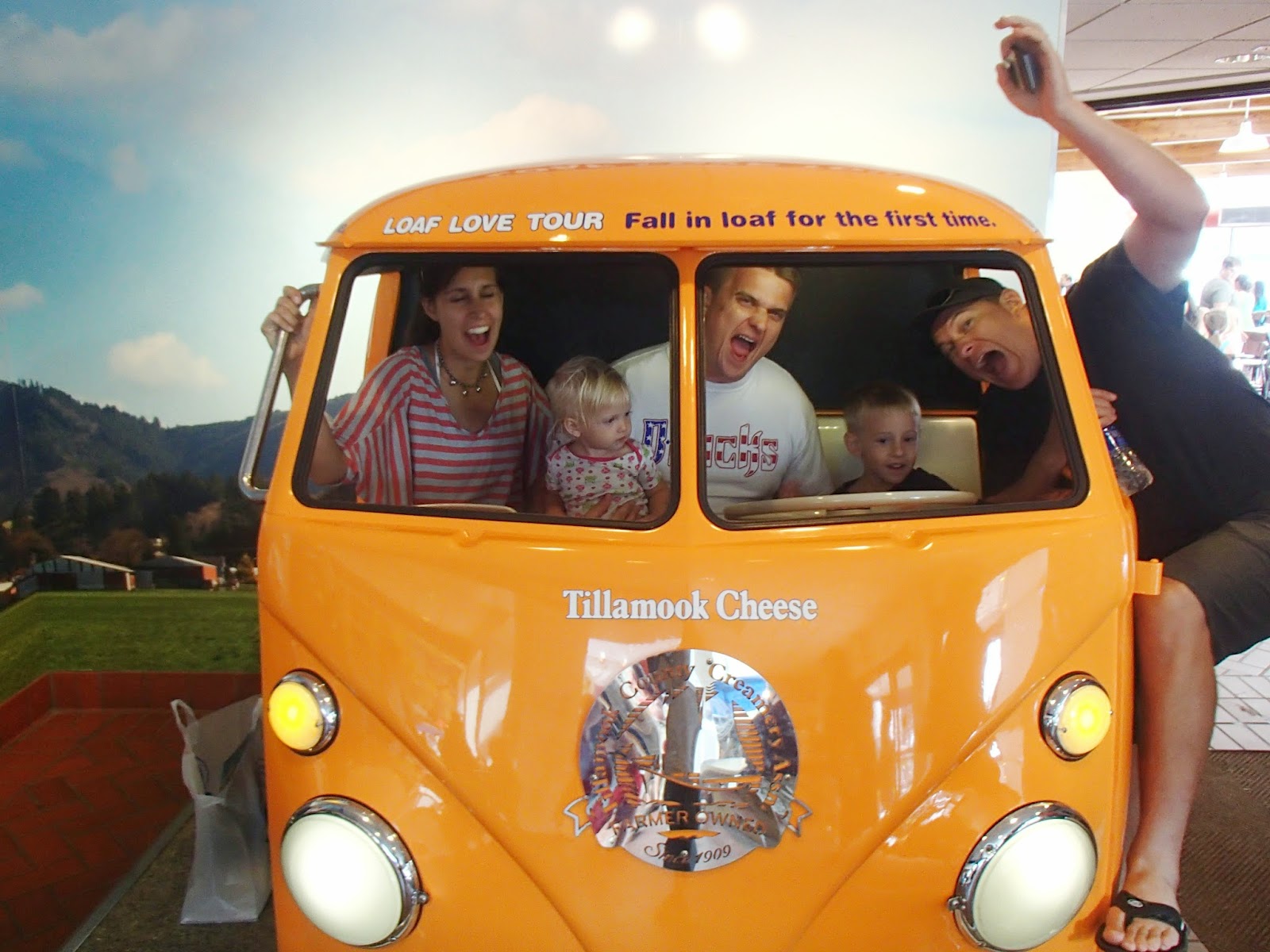 We had so much fun playing with Mr. Brown Eyes' family.
I married into an awesome bunch of people.
Later,
The Brown-Eyed Girl﻿
Posted by Rachel K at 1:30 PM No comments: