Mr. Brown Eyes and I finally got around to celebrating our wedding anniversary.

Our plans started out elaborate--I'm talking, like, Hawaii--and then slowly, because of morning sickness, my brother's accident, Mr. Brown Eye's trip to Washington, and then just being too darn close to my due date, fizzled down to an evening hike where we had our first date and a picnic at the spot where Mr. Brown Eyes proposed to me. Luckily we like each other enough that an evening in the Arizona desert is just as good as a week in a tropical paradise. As long as we're together. 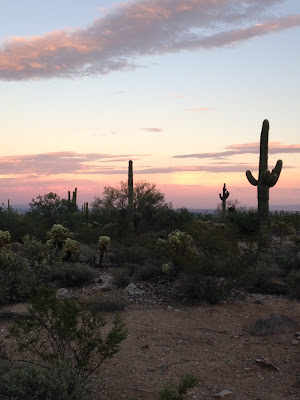 Although a week in a tropical paradise is sounding pretty awesome right now.


Marrying Mr. Brown Eyes is still the best decision I ever made. Hiking that familiar trail with his hand in mine made me even more certain of that fact.
It also made me feel like I might go into labor.
But, alas, we're still waiting on that. 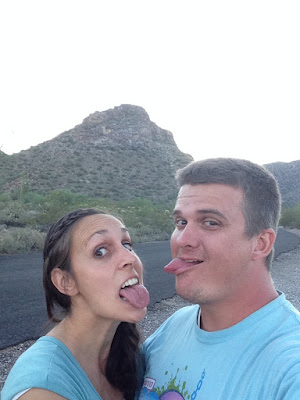 Dreaming of Hawaii,
The Brown-Eyed Girl

While a part of me expected rejection when I submitted my manuscript, the less rational part of me (and, let's be honest, the bigger part of me) hoped for instant publication and glory.

So the rejection stung a little, and I considered whether to keep going. Because I love writing for the sake of writing much more than the thought of being published. And if trying to get published is going to be painful, do I really need to put myself through it?

But then I reminded myself that this is only my first rejection, and I've got to wade through a bunch more before I can even possibly consider giving up. I am not a quitter.

So here's to lots more rejections. And probably tears. Lots of tears.

Boxes of Kleenex would be appreciated.

Writing on,
The Brown-Eyed Girl
Posted by Rachel K at 1:46 PM 1 comment: