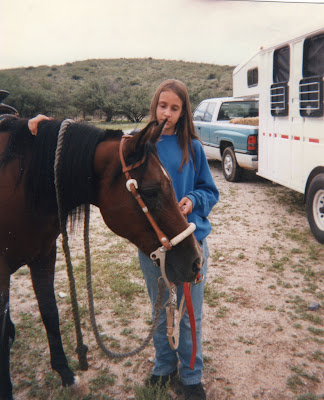 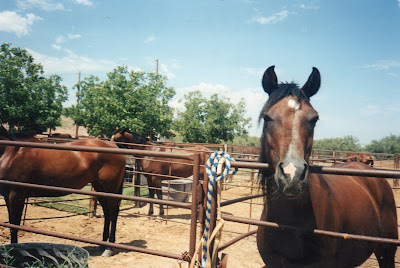 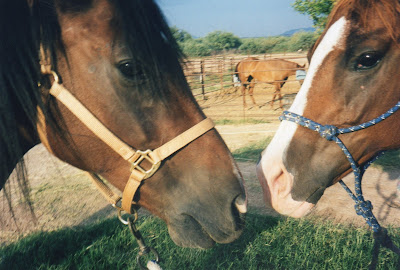 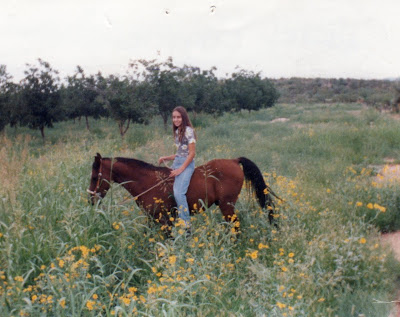 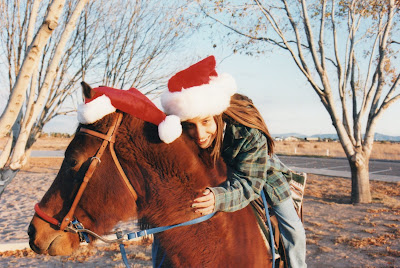 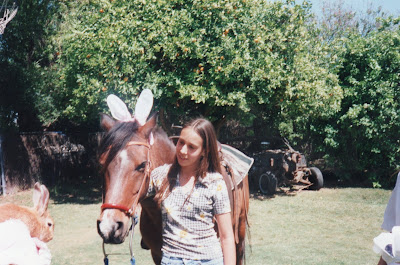 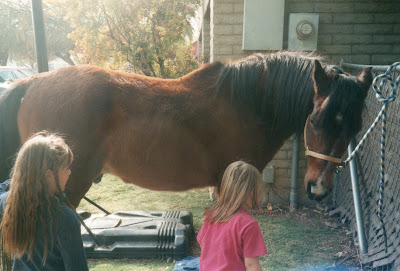 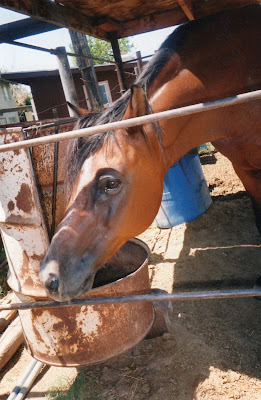 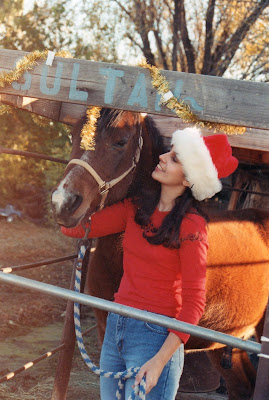 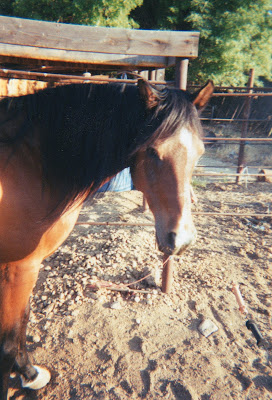 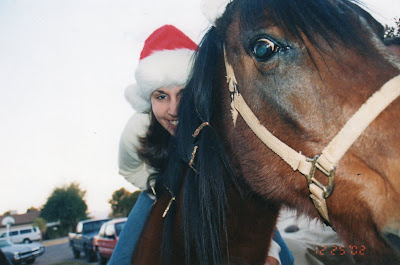 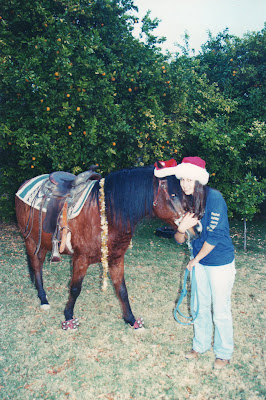 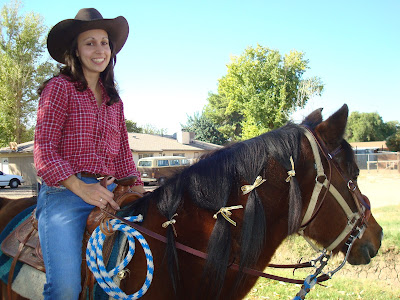 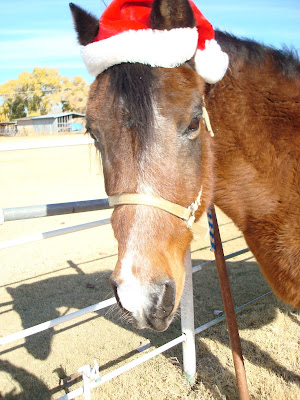 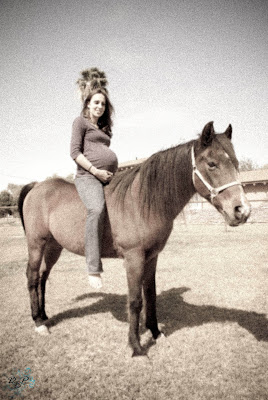 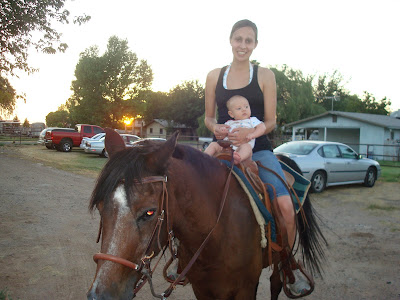 ﻿
Last month, Mr. Brown Eyes and I celebrated his birthday by going go-kart racing.
These are the electric go-karts that get up to 40 miles per hour. Which didn't sound that fast to me, until I was sitting in the driver's seat with a big ol' helmet on my head, slamming the brakes around those tight curves because I was terrified of spinning out, feeling the rush of wind as every other driver sped past me.
Our first race, I came in dead last.
Mr. Brown Eyes, or Mr. Second Place, gave me some tips to drive a little faster. So during our second race, I picked it up a little.
Still dead last, though.
Mr. First Place said to me, "I dare you to mash down the gas and go as fast as you can."
I took his challenge to heart. Our third and final race, I was determined not to be the loser. I put that pedal to the metal, flew past other drivers, and whipped around those corners like a go-kart racing fool.
And then I crashed into the wall.
It was a plastic wall, more of a divider, actually. But they had to stop the whole race and come pull me out. It was embarrassing. And it made my head hurt.
But when the results were posted, I was second-to-last.
Mr. Brown Eyes was proud.
Afterward, we had dinner at an amazing little place known as a revolving sushi restaurant.
Our first experience at a place like this was in Oregon, when we were dating. It was a magical discovery earlier this year to find that there are some here in Arizona.
You sit down, and endless plates of delicious sushi come marching past you on a little conveyor belt.
﻿ 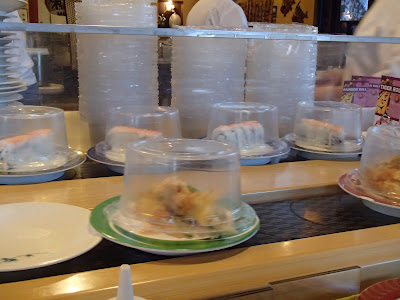 You pick what you want and dig in.
﻿ 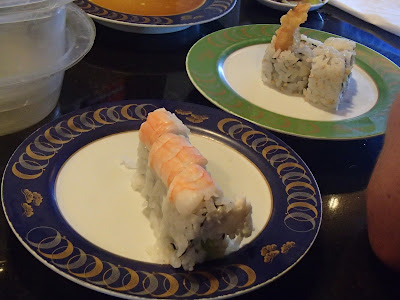 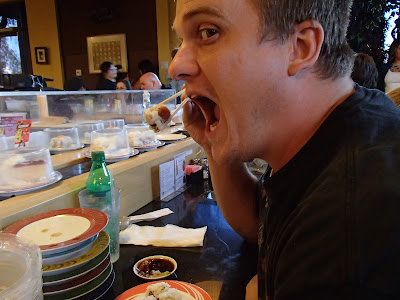 The plates are priced according to color. You just stack up what you've used and the waitress adds it up later.
﻿ 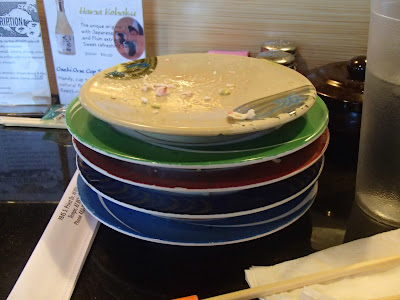 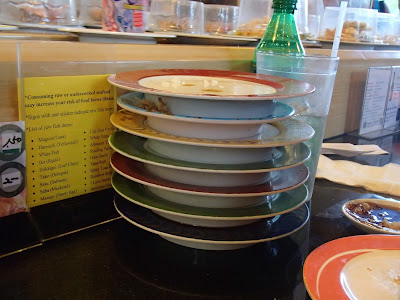 Our stack of plates always gets pretty high. Go figure.﻿ 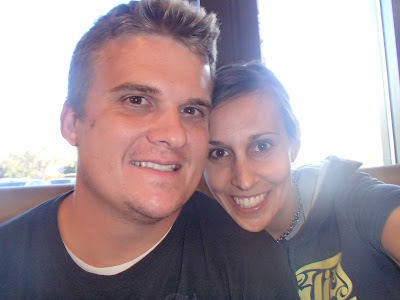 Happy birthday, Mr. Brown Eyes. Thank you for being born so you could be mine.
The go-kart racing queen,
The Brown-Eyed Girl﻿ 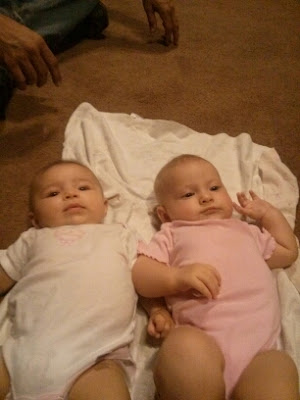 "Hey cuz, why do you think they're all watching us?"
"I don't know. It's making me uncomfortable."
"Maybe I should fart. That always makes them laugh."﻿ 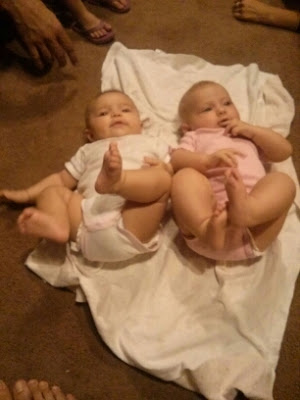 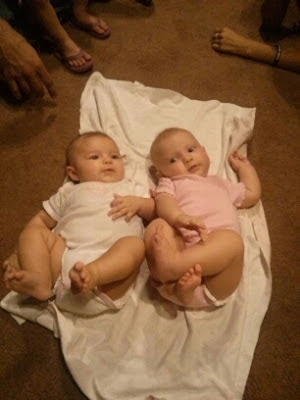 "This is the life, you know? When we get older, we'll have to poop on the potty and eat our vegetables."
"Let's stay babies forever." 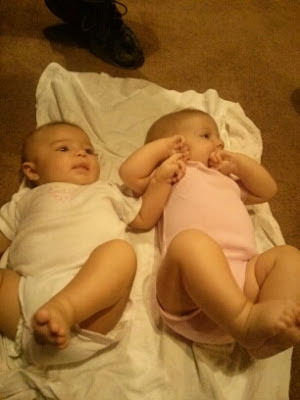 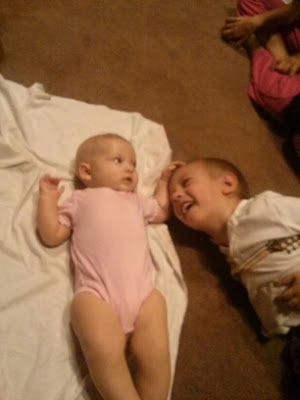 "Just you wait until I can crawl. Your toys are mine."
﻿
I'm sure it's something along those lines,
The Brown-Eyed Girl
Posted by Rachel K at 1:57 PM 1 comment: