The night we drove into Nauvoo, Illinois, I was tired, sick, and cranky.

And then I saw this:﻿ 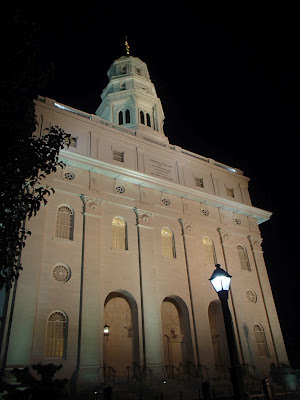 I visited Nauvoo a couple times with my parents when I was a kid, but I hadn't been there since the Church of Jesus Christ of Latter-day Saints announced it was rebuilding the Nauvoo Temple. The last time I was there, the temple lot was still just a big, empty lot. It always felt as if Nauvoo was missing something. 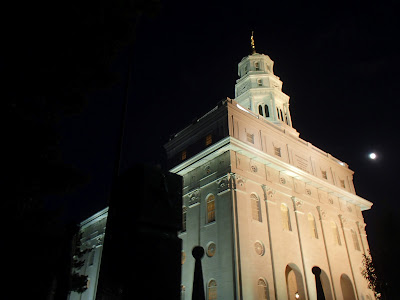 Seeing that temple shining in the darkness made me feel the Lord's arms of love around me, reminding me that He was aware of me, that He had not forgotten me. 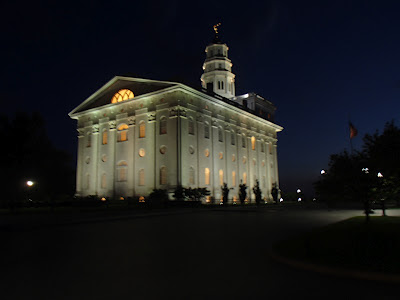 For those who don't know, early members of the Church of Jesus Christ of Latter-day Saints fled to Nauvoo after being driven out of Missouri. Their city flourished there on the banks of the Mississippi River, crowned by the beauty of the temple they gave their all to build.

Years later, when the Saints were again driven out of their home, this time to head across the plains to what would later become Utah, their beloved temple had to be left behind. It was later destroyed by fire and tornado.

In 1999, President Gordon B. Hinckley announced that the Nauvoo temple would be rebuilt. And so, this summer, when I returned to Nauvoo for the first time in thirteen years, the City Beautiful finally felt complete. 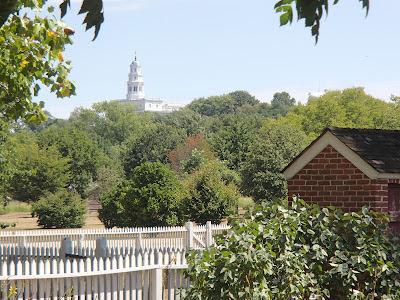 I remember the beautiful inn we stayed at last time we went to Nauvoo. Chasing fireflies and playing with the kitty. I'm so jealous you got to go back!